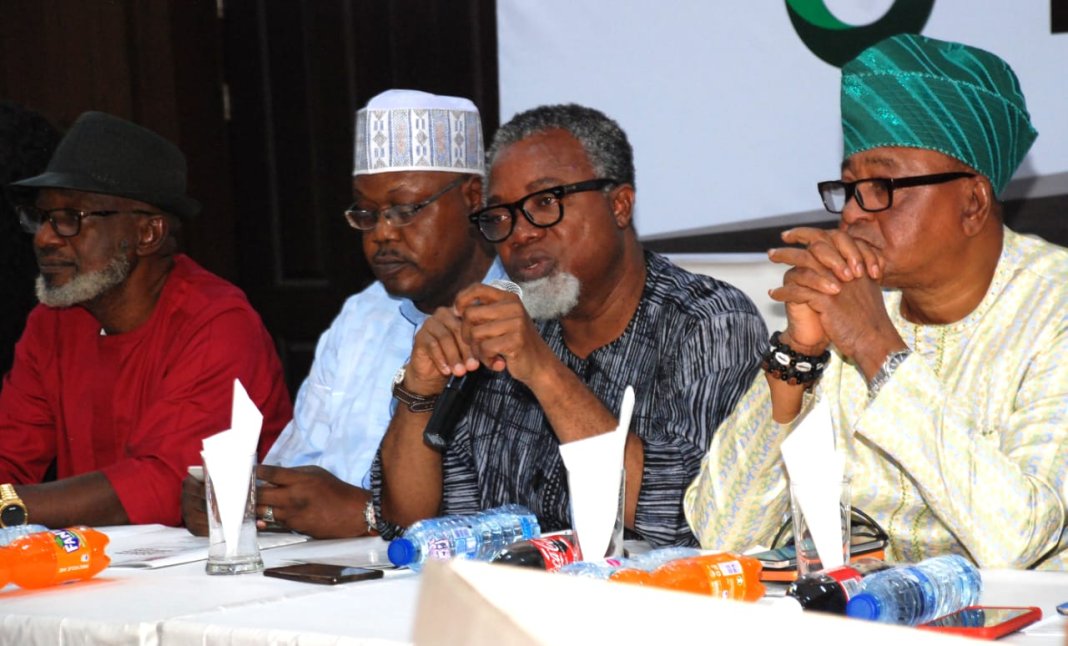 Members of the Audio Visual Rights Society of Nigeria (AVRS) have expressed their satisfaction and pleasure at the achievements the Society had recorded since its approval by the Federal Government as the sole Collective Management Organisation for cinematograph films.
They gave this commendation on Thursday, November 10, 2022 at the 6th Annual General Meeting (AGM) of AVRS held at the Lagos Travel Inn, Ikeja Lagos.

In his opening address, the Chairman of AVRS, Mr. Mahmood Ali-Balogun, thanked the members for their unflinching support for the organisation and restated the resolve of the Board to continue to put the interest of the members above all interests.

He stated that the AGM was a requirement of the law and also an important meeting for members to be well-informed on the workings, progress and current status of the organisation.
Explaining the purpose of the AGM, Mr. Ali-Balogun said the AGM had four broad tasks:
“The first is to receive, consider, adopt and approve the audited financial statement of our organisation for the year ended December 31, 2021, the reports of the auditors thereon and that of the directors.

“The third is to authorise the Management Board to carry out distribution as soon as practicable in accordance with Article 16 of the Memorandum and Articles of Association of our organisation.

“The fourth is to present the organisation’s activities report between the last AGM, which was held at the Banquet Hall of Lagos Airport Hotel on November 4, 2021 and today.”

The AVRS chairman also informed the General Assembly about the different levels of progress the organisation had made since its last AGM in November 4, 2021.

One of such milestones was the signing of the licensing agreement with Hotel Owners Forum Abuja (HOFA). The chairman said, “… following from the agreement signed with Hotel Managers’ Association of Lagos (HOMAL) last year, your organisation after several meetings both in Lagos and Abuja has signed another landmark agreement with Hotel Owners Forum Abuja (HOFA). The fruits of this agreement will hopefully become visible in the coming months.” Mr. Ali-Balogun went on to commend the President of HOMAL and Company Secretary of Eko Hotel and Suites, Chief S. O. Alabi for his unflinching support and the critical role he played in making sure that an understanding was reached between AVRS and the hotel associations.

Speaking on the progress of AVRS, the Director-General of the Nigerian Copyright Commission (NCC), Dr. John Asein who was represented at the meeting by the Director, NCC Lagos Zonal Office, Mr. Matthew Ojo said, “About 20 years after that seed was sown, the Nigerian Copyright Commission, in collaboration with the World Intellectual Property Organization and other stakeholders began to explore ways of harvesting the fruits for the benefit of those whose toil and intellectual investment make the films. After a series of meetings, it was agreed that a collective management organization (CMO) would be a good idea and finally the Audio Visual Rights Society of Nigeria (AVRS) was born, making Nigeria one of the first countries in this part of the world to have a CMO for film.”

The NCC DG further said, “The Nigerian Copyright Commission will continue to partner with AVRS to achieve its objectives and better serve the interest of the film industry.”

Speaking on the Copyright Bill and Copyright Levy Scheme, Dr. Asein said, “We are optimistic and hope that the recently passed Copyright Bill will soon be signed into law. We also have made significant progress with the implementation of the Copyright Levy Scheme which should bring further succour to the creative sector and enhance the operations of approved CMOs. Some of the anticipated supports have already been identified in the work plan that was agreed upon by the Commission and representatives of the approved CMOs.”

It was a harvest of commendations by members as they applauded the efforts of the Board for holding the AGM every year. Mr. Francis Onwochei appreciated that despite the harsh economic times, the Management has consistently been able to bring members together each year for the AGM. Moreso, the distribution of royalties to all registered members in the past three years, even in the COVID-19 pandemic year was extolled, with Mr. Mike Nliam saying that the modest distribution that year, 2020 was worth more than millions, as the gesture went a long way in solving dire needs of members.