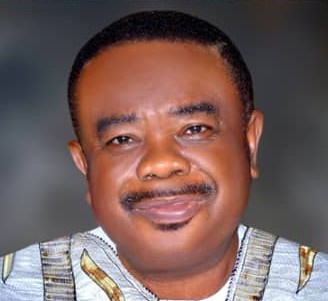 In the last one-week, momentous things have happened in the Nigerian political environment. On Saturday, we all watched the horror movie of the trading of the future of the young people of Africa’s biggest nation at the PDP Stock Exchange in Abuja.

I had predicted weeks ago in Saturday Breakfast that the indecent dollar war that would be fought at the PDP ‘convention’ would be a straight battle between Atiku Abubakar and Nyesom Wike. So, it came to be.

My conviction was not because Atiku Abubakar and Nyesom Wike are necessarily the PDP Generals with the deepest pockets. No! They are the PDP big wigs with the biggest egos prepared to spend whatever it takes to massage their big egos.

Even if he had the money, I could never see Pius Anyim with the recklessness to deploy those many zillions in the bullion van bazaar. So, the great Anyim Pius Anyim got only 14 votes, what his money could buy! I do not know who encouraged my otherwise brilliant brother, Sam Ohuabunwa, to get involved in the PDP buying and selling. At the end of the day, they told Sam that his money could only buy one vote! Sam did even better than my very good friend, Dele Momodu and ex-Governor Ayodele Fayose. They left Abuja with no votes at all after all the energy and relentless running around. I don’t know if they have learnt that our bullion van democracy is not about ideas or brilliance or principles or friendship or consultations. It is not even about Naira. It is about DOLLARS!

It takes a great deal of recklessness and a good measure of indecency to deploy the vast amounts of money spent to buy the right to be called a “presidential candidate” in a contest which is really meant to provide leadership to millions of people battling with thread bare poverty.

I don’t know how well Wike has slept in the last one week. I hear that for coming second, he received a rousing welcome in Port Harcourt on his return from Abuja. Let the truth be told – there is no silver medal in the party primaries, no consolation prize. It is winner takes all. So, at the end of the day, Governor Wike spent zillions of dollars, which some say belongs to the people of Rivers State, to obtain what? In about 11 months, without the presidency and the governorship, his immunity will be over. Will EFCC do to him what they did to Willie Obiano, a few hours after Soludo was sworn in as his successor?

The APC, the other leg of Nigeria’s leprous bullion van democracy, is planning its own horror show. Last week, they had not perfected the plot to give us their “consensus candidate” Can’t you see how at the last minute, they got an extension from the impartial INEC to get their show on the road? It tells you clearly that despite all the posturing, he who appoints the piper, dictates the tune. Now that the APC knows where their leprous brother, the PDP, is going, they are plotting a counterattack to undo the PDP. The first salvo in the plot for the consensus candidate was fired during the week. If I may ask: whose consensus? The consensus of one man?

There are many who believe that Nigeria would continue to thrive on the bullion van democracy standing on the two leprous legs of the APC and PDP. I have a sneaky feeling that things are about to change. There is what you might call the Rabiu Kwankwaso uprising with the NNPP whose centre of gravity is in Kano State.

During the week, Peter Obi officially became the presidential candidate of the Labour Party and may have cemented his place as a true man of the young people of Nigeria. Anybody who discounts Peter Obi is a fool. As things unfold in Nigeria today, it is becoming clear that there are many who have caught the spark in the moral leadership which Mr. Obi exudes, the kind of leadership that is so absent in the bullion van democracy that Nigeria seems to have practiced at the ominous peril of our children and grandchildren.

A lot of the people who support Peter Obi are not from his ethnic group. They are not looking for appointments or contracts. They want a new Nigeria. He is inspiring people by his words and personal carriage. Obi connects well across the board: age, intellect, tribe, religion, etc. He has inspired an army of young Nigerians who are prepared to work for him. That army is the building block of a new political structure and culture in Nigeria.

I verily believe that his disassociation from PDP and the PDP’s virus infected political structure may in the fullness of time be seen as one the most brilliant political moves in Nigerian history.
During the 2019 election campaign, Peter Obi was revealed to Nigerians at a national level. He was different. His sassy grasp of issues and his confident use of data, figures and statistics to break down complex problems caught the eyes of many. In an environment where most politicians simply hope, wish and pray, Obi plans with facts and numbers and not conjecture. He is clearly a digital leader in a digital age.

I have no doubt that Peter Gregory Obi will do very well as a candidate in the general elections. Suddenly the young people of Nigeria have renewed hope.

Which Way Nigeria? – By Tony Okoroji

Much Ado About A Presidential Campaign Council – By Uju Onyechere

Just Do It! Time Will Never Wait For You To Be Ready – Sam Hart